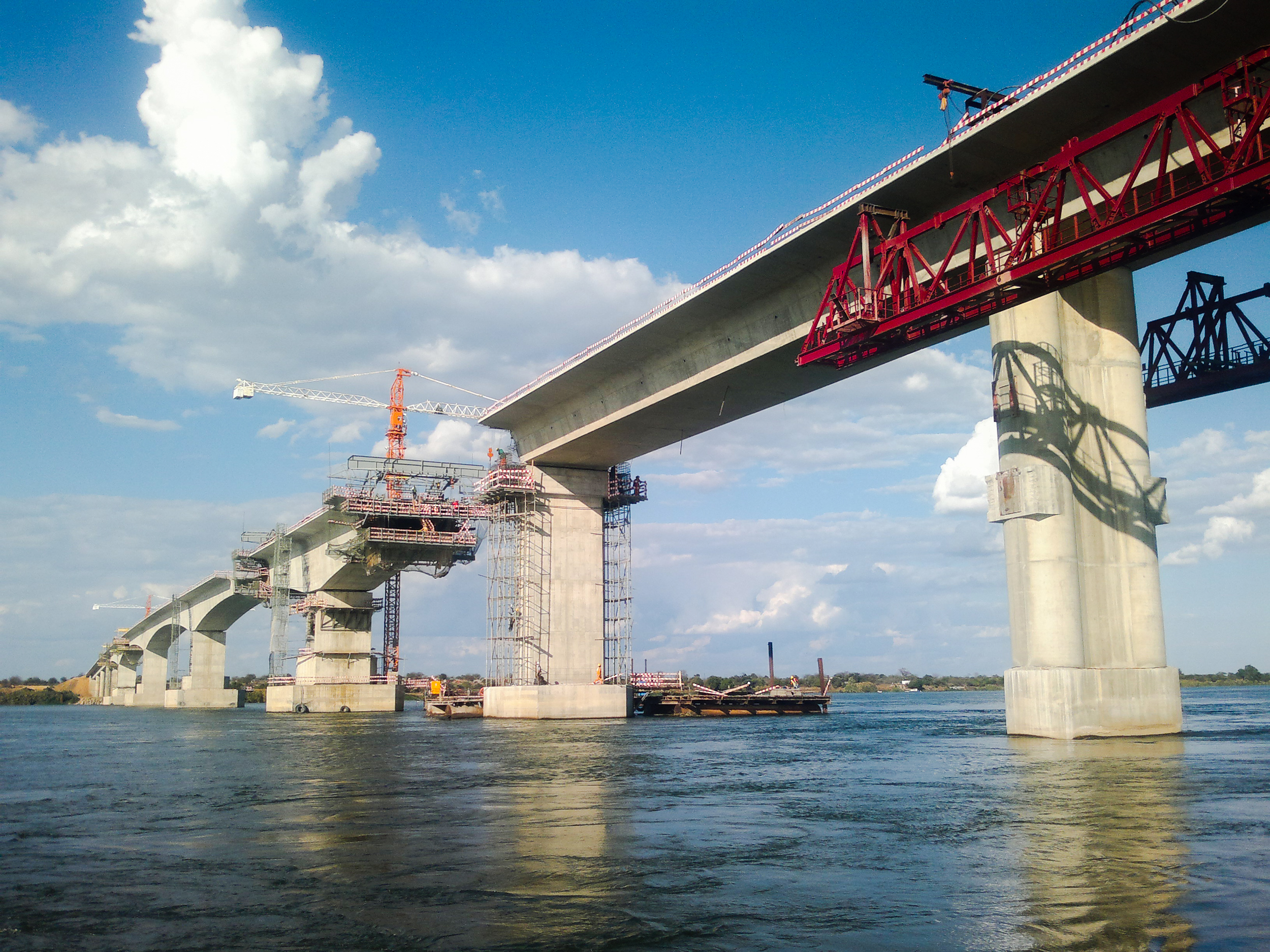 The new Zambezi river crossing at Tete – the Kassuende bridge – is an enterprise of great strategic importance, as it allows the direct connection between Mozambique and Zimbabwe, and also the connection of Malawi and Zambia to Beira’s international port. It is located in the North-South road axis of Austral Africa’s oriental corridor, from South Africa through Kenia crossing the inland countries.

The construction of the Kassuende bridge was justified by the continuous growth of heavy traffic loads in the region, mainly due to the coal mining activities. The crossing allows the bypass of the city, and guarantees high levels of service, that the old bridge could no longer ensure.

The crossing is 1582.5m long, subdivided in two different structures: the main bridge (716.8m), and two access viaducts in the South (2x434.8m). The global project also included the design of 15km of highway in the Southern bank, and a dam to prevent floods, in the Northern bank.

The main bridge was constructed by balanced cantilever method, while the viaducts were built using a launching girder. The piles were constructed with platforms on the river and the pile-caps were pre-fabricated on site and then submerged with concrete.

The deck is composed of a post-tensioned reinforced concrete box-girder section, with variable height, while the viaducts have constant height. The platform holds 2 traffic lanes and wide road shoulders, to allow for the widening of the motorway in the future. 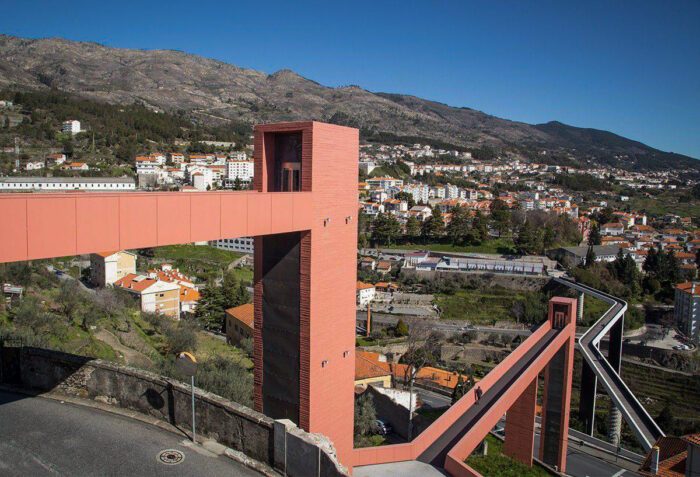 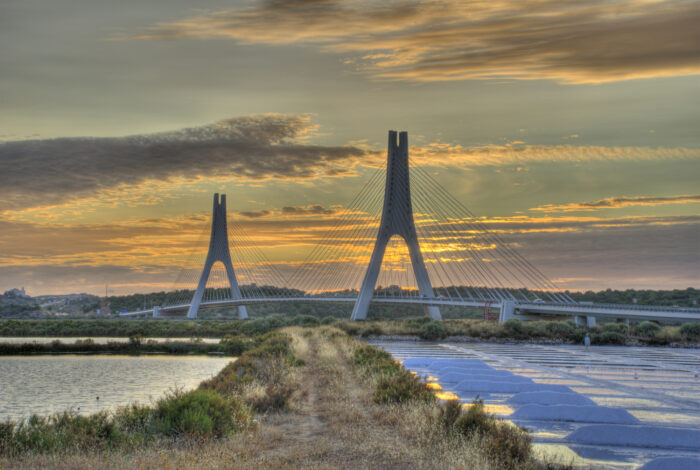 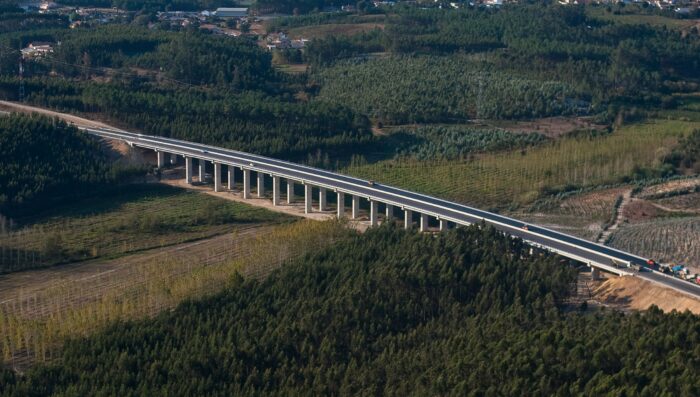 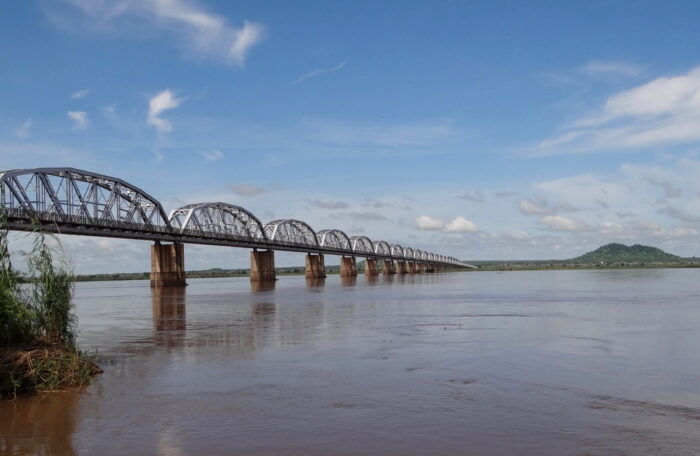 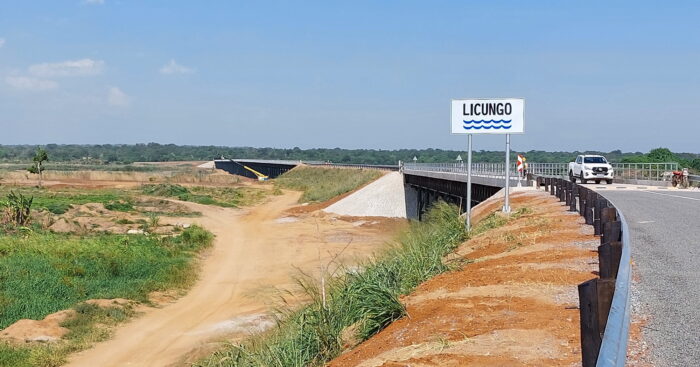 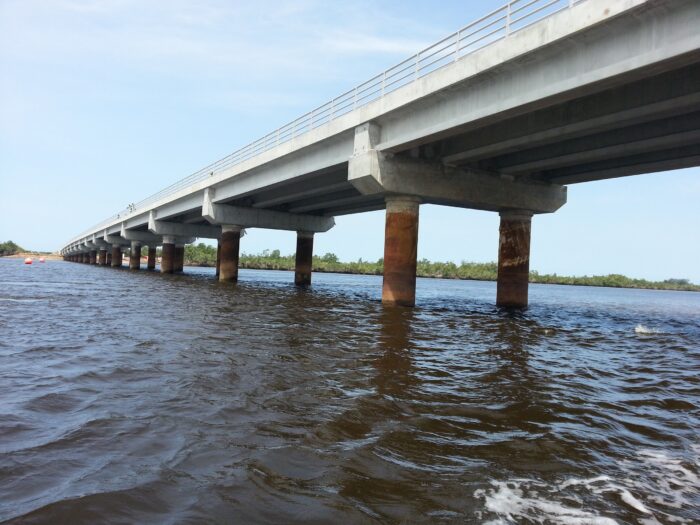