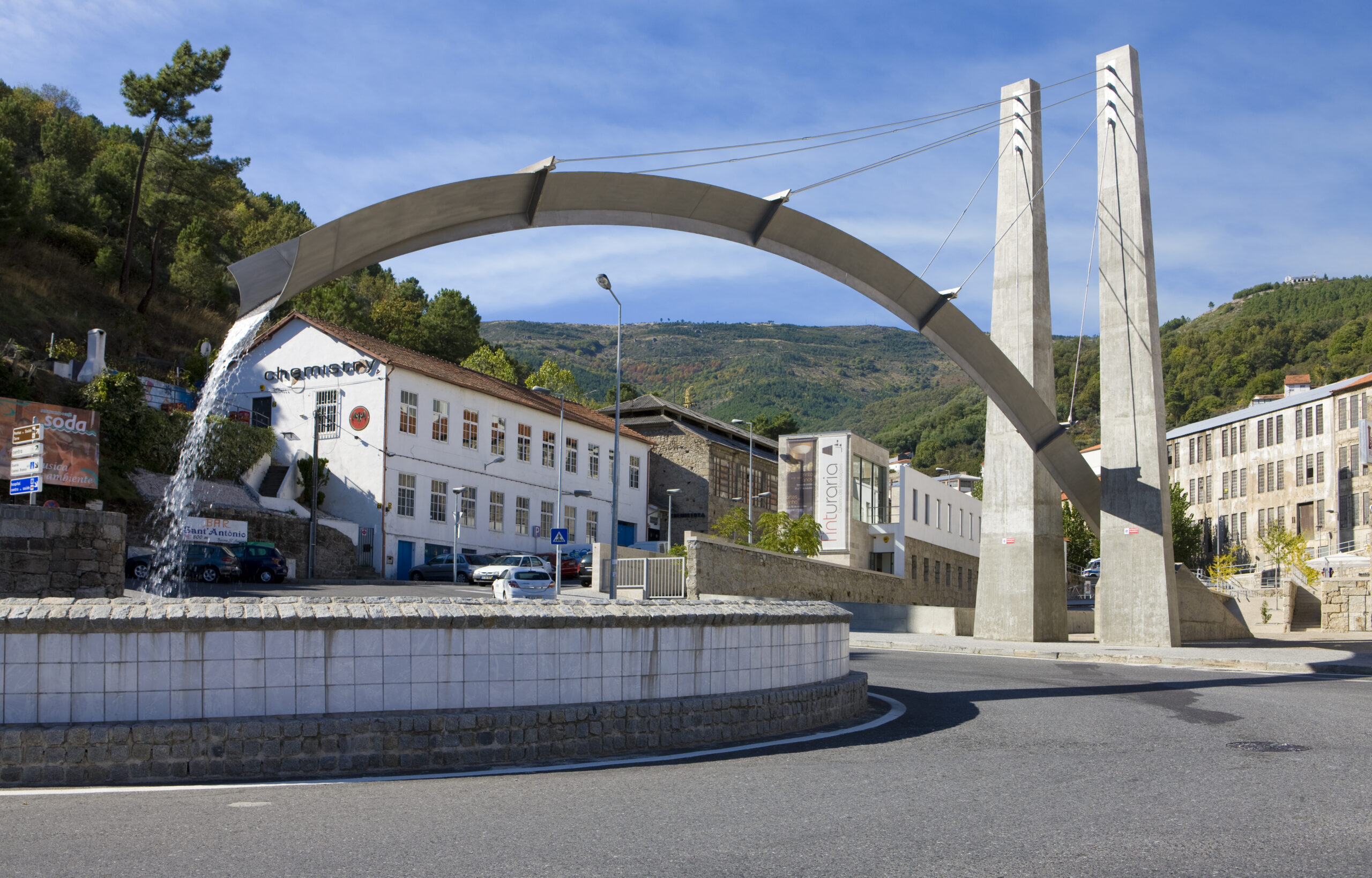 The intervention in Rossio do Rato, in the extension of Rato's Garden, included the construction of the roundabout and its fountain and the retaining wall on Rua Morais do Convento.

The roundabout at Ponte do Rato consists of a well uneven in relation to the road, which receives water from a suspended source at the upper road level. The roundabout is partially a cantilevered retaining wall with a circular development and the remaining structure is the underpass.

The bottom of the well is a small lake with concrete slabs on the ground, forming three platforms. The contour of the lake consists of the cantilevered wall and a separating wall between the lake and the stream. This lake was built on the current course of the stream, which was diverted around the lake, and resumed its course after it. It is foreseen that, in a flood situation, the stream may climb the lake's boundary wall, thus resuming its natural course.

The Fountain is a stainless steel piece, suspended by a system of tie rods, and supported by a reinforced concrete block. Two reinforced concrete masts rise from the block, lateral to the metal piece, where the suspension rods are fastened. The metal piece has a Ø6'' water transport tube inside, in galvanized steel, fixed to the surrounding structure in order to prevent the occurrence of vibrations caused by the hydraulic flow.

The Retaining Wall on Rua Morais do Convento, lined with a tile panel designed by Pedro Chorão, makes it possible to overcome the unevenness of the street to Rotunda do Rato and to the start of Av. da Universidade. 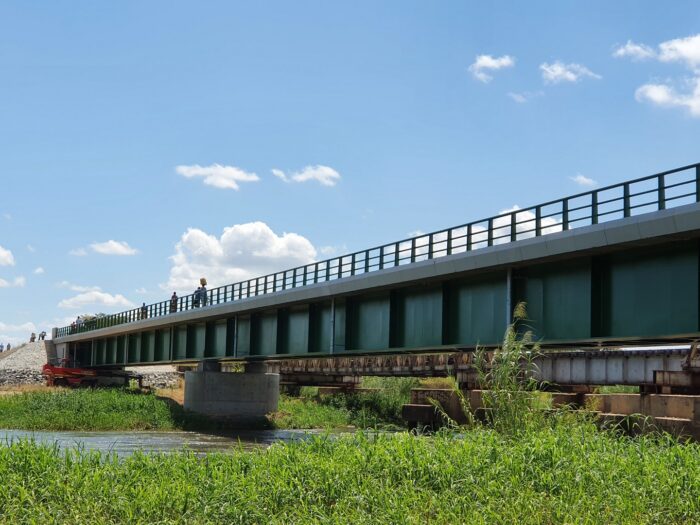 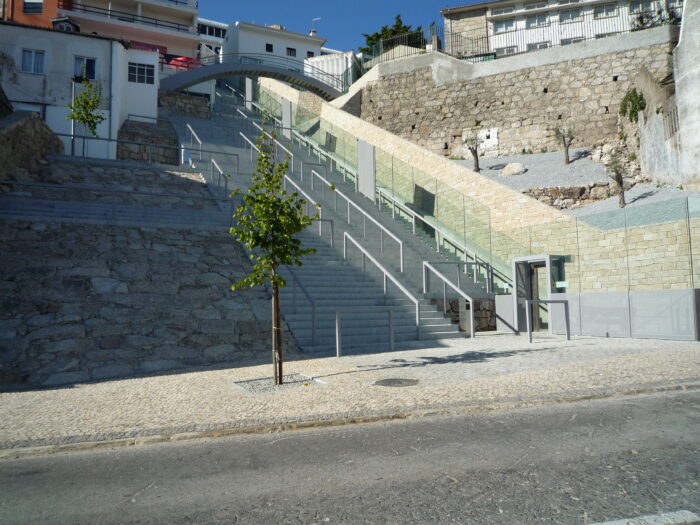 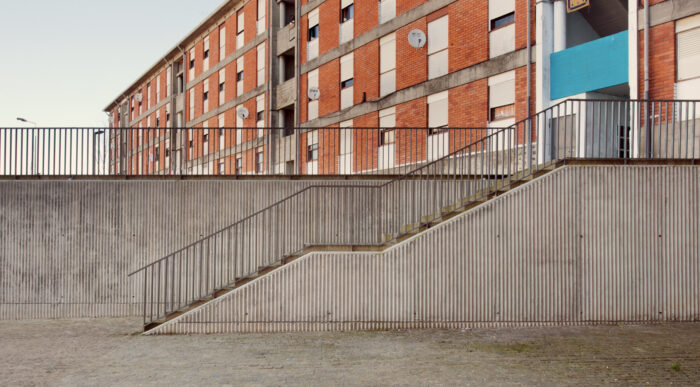 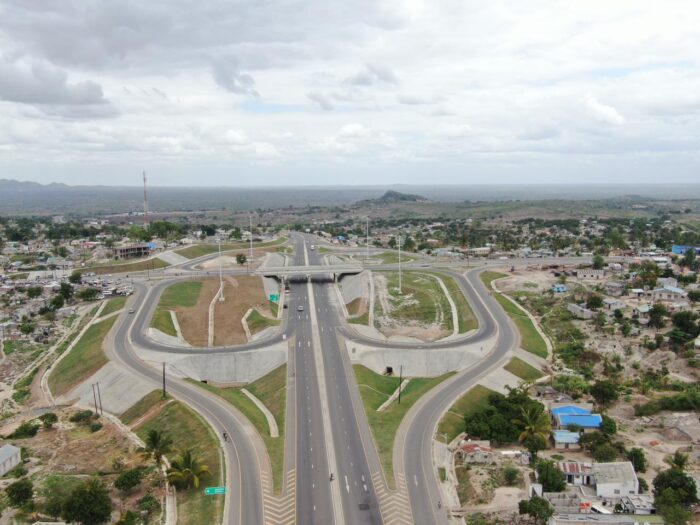 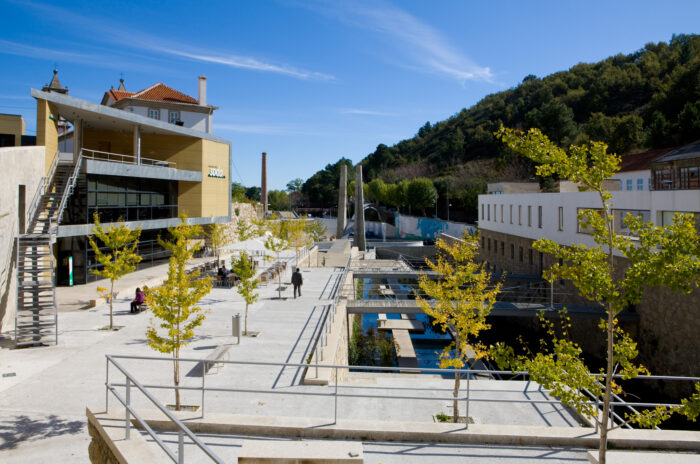 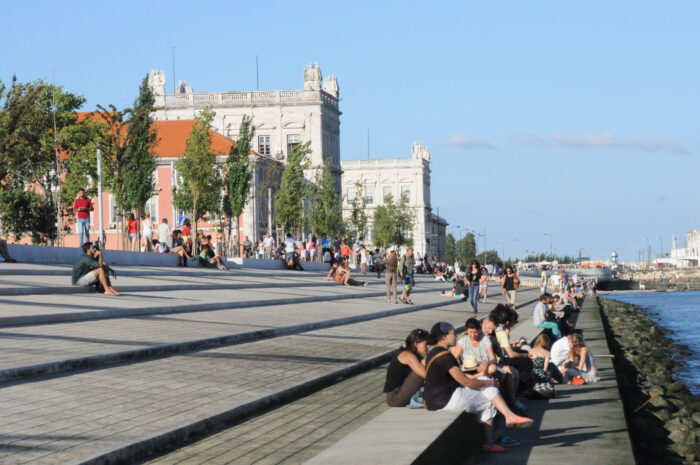