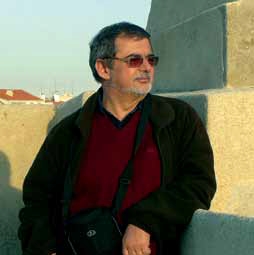 ‘I attribute to architecture the role of social intervention and public responsibility, it is not just an act between architect and owner, it has to respond to the city’

What was it like to create an architecture studio in the unstable period that followed the 25 de Abril?

The studio was created at a time when I was aware that there was a lot to do in the field of architecture and urbanism in Portugal. My experience in the Technical Support Offices, which placed architects in the interior of the country, gave me an idea of ​​the big problems that existed. Therefore, the studio was created very much according to what we knew were the real needs, from planning, to urbanism, to communication … Knowing these social and cultural problems very well, the underdeveloped urban process and clandestine constructions, once we started to work we were attracted to trying to solve problems of urban growth, and this motivated us and led us to study and develop methodologies to know what is the best way to intervene. Since the creation of the atelier, we have been working in this area and we have specialized in it. This became our biggest contribution to architecture and to the Country.

With what resources did Oficina de Arquitetura develop projects in 1980, when it was created? And what technological advances have contributed more to the development of the studio?

At that time, to set up the studio, we were four partners and one or two more architects, and we needed chairs and drawing boards, rulers and squares, lamps and tracing paper, then drawing machines and a machine to make heliographic copies. With this, we could make architecture.

Today, architecture is not done without a computer…

If necessary, it is done, as long as there are people who, like me, have that experience. But today’s architects have a completely different way of working, I don’t say it’s better or worse but, for me, architecture is done with paper and a pencil. I am able to pick any drawing and know what’s the scale, but whoever works only with a computer isn’t, because the notion of dimension is lost. Another difference is the way in which the drawings are reproduced. At the time, we used tracing paper, which was a unique document because photocopying was almost a luxury. Then there is the issue of transmitting information. Today we have e-mail and when the studio was created there was not even fax yet, we had to send the drawings by mail. All of this translated into another way of working, as in any profession.

How do you define the studio and its way of thinking and doing architecture?

I have always attributed architecture to the role of social intervention. I believe that it has a public responsibility because it is not an act that can be resolved only between the architect and the owner. You have to provide an answer to the city. Architecture is not the exceptional projects, it is with those that do not stand out so much that the details between public and private space are resolved. And our line has a lot to do with this public interest in architecture, the act of forming a quality city. An architecture of principles, calm, not of excesses and highlights.

Arch. Jorge Silva held several “political” positions linked to architecture. Is it important to have an active participation on the decision’s side?

It is very important, and I think that architects, for a long time, resigned from having a social function, both as politicians or municipal administrators, as well as in entities capable of influencing policies that have to do with architecture. In Portugal, an architecture policy was never clearly defined and architects always abstained a little from participating in this issue. They allowed themselves to be swayed in the search for the expression of their work of art, which is legitimate, but often not taking care to fit it into a global response to city life. I tried to influence, from the point of view of the principles I defend, the role of the architect in society. I never resigned from being an architect, even when I held these positions. I think I was even more of an architect in some of those cases.

Do you consider that we have been safeguarding or destroying the architectural heritage?

The concept of architectural heritage is not consolidated enough to have an idea of ​​what should be preserved, maintained or changed. I think that this is due to an approach that starts from the heritage for the city instead of the other way around. If we start from the existing, and give it the appropriate use, we are valuing heritage. If we start from heritage, because we recognize its historical value, but impose it on the margins of stocks, we are killing heritage. And we have killed a lot of heritage because we did not know how to give it the capacity to respond to the city. We all identified buildings that were destroyed or unstructured due to the lack of an integrated vision of the heritage, because we were unable, in due time, to resume the uses of the buildings, or give them new uses. The army is criticized because it used a lot of heritage to make barracks… but I ask: if a use for those buildings had not been found, would they still exist? And in what state?

If you could make a binding decision to change something in the questions that govern architecture in Portugal, what would you change?

Architecture is experiencing difficult moments due to the conjuncture, but I think that this is due, even more, to the fact that it is placed on the same level of competition, in terms of services, as the supply of notebooks… It was established that the competition for architectural projects takes place at the level of price and time and not of quality. This makes architecture impossible. Many possibilities to build capable architecture are being destroyed and we are devaluing the training of architects and transforming them into service providers in the worst conditions. It is very important, for architecture and for the country, that this situation is transformed. Architecture must not be totally subordinated to the dictatorship of the market economy or of the administration itself, which imposes rules that do not value quality production. That would be one of the issues that I would have to change profoundly.

This interview is part of the Artes & Letras Magazine # 32, June 2012
Partially automatic translation from portuguese: some expressions may differ from their actual meaning.

'We were asked to recover a house with unfinished walls and part of the roof built with metal sheets, with a limited budget. The client did not have the prejudice of thinking "I am not going to call an architect here". She felt that she had that right ' Read more 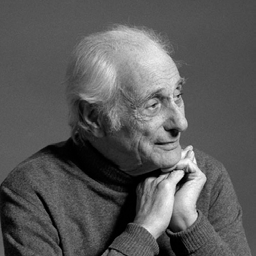 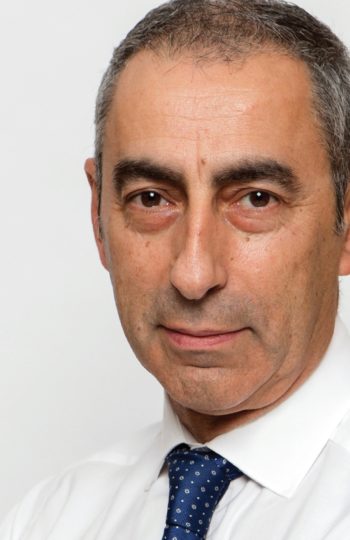 A conversation with Eng. António Sousa

‘Brisa stopped seeing infrastructures only as a channel that receives vehicles and focused on people, […] on the global universe of mobility, and is already present in other segments of the chain.’ Read more