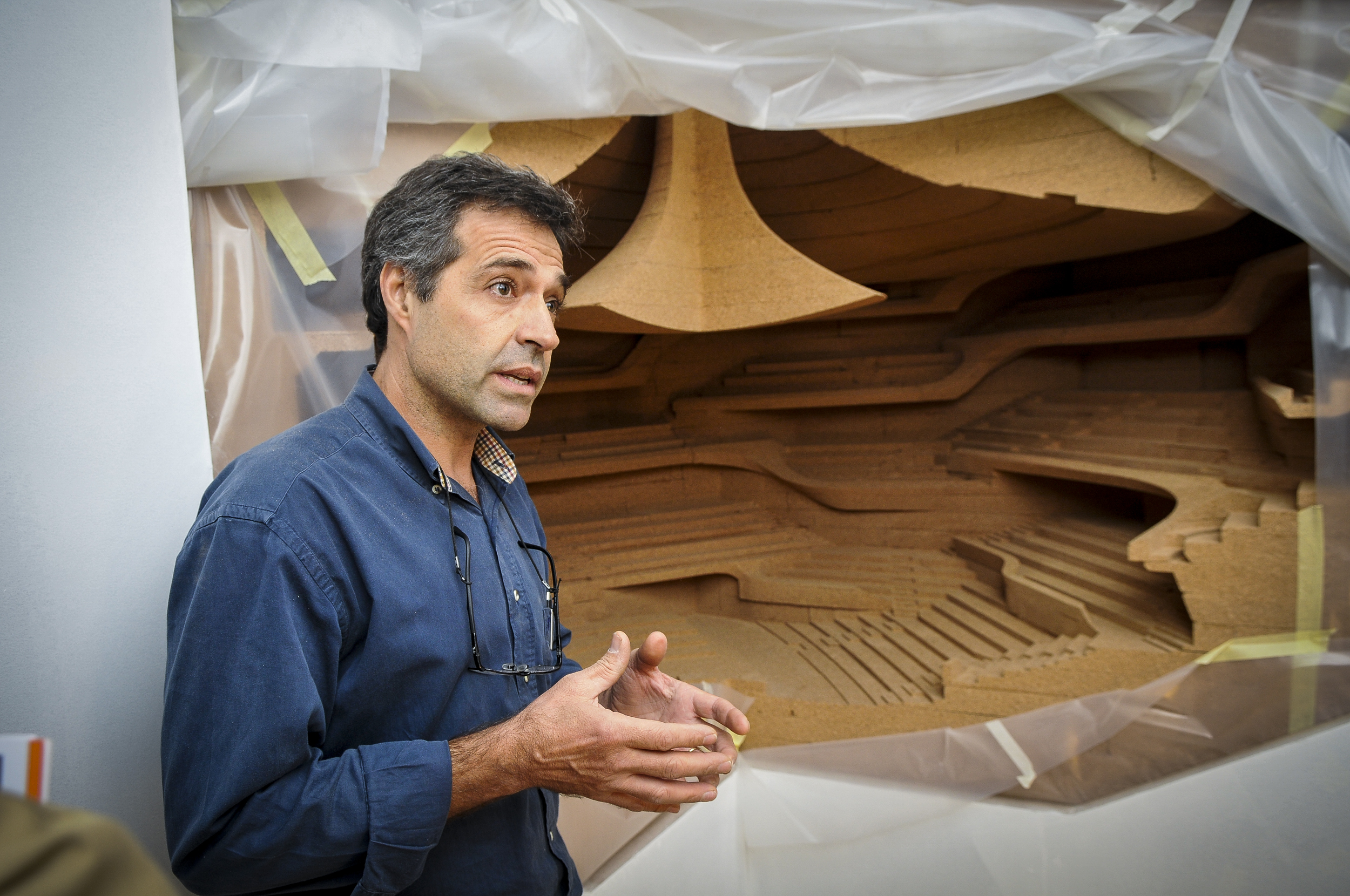 ‘This studio works as a futurology of what is happening around the world. Models are still necessary for the projects and we like to be treated as artisans.’

The construction of models is the main mark of your work. How did this passion begin?

I am from a generation that grew up with Lego and Meccano, and because I liked tools I started to disassemble bicycles and machines, and then put them back together. There were always pieces left. I started working during the course and, at a certain point, my grandmother gave us a space, to me and to my cousin Rui Pimentel. It had been the architect Raúl Lino’s studio, our great-grandfather. We started by sharing it with the architects João Lino and Latino Tavares in one room, and Luís Cabral, landscape architect, in another. They were independent studios but there was a very enriching multidisciplinary interaction. The models came naturally, Rui and I had a particular taste for handicrafts, we were hand skilled and able to read drawings. We did various works related to architecture, such as architectural surveys and decorative paintings. We had the order of the first model, more than 30 years ago, at a time when there were few modelers, and those that existed worked mainly with plaster. I think we were pioneers in Portugal using acrylics and plastics. Models are still necessary in the various stages of projects and we love this craft so much that it can almost be said that it is not working, it is “playing”. We try to find new materials, construction systems and execution technologies, such as the CNC milling machine, the Laser and the 3D printer, which help us in the rigor and speed of production, especially because the deadlines are increasingly reduced. However, there are other tools that they continue to use, such as pliers, screwdrivers and hammer, saws, x-act, sandpaper… we do not give up any of them and we even like to be considered as artisans.

You have been making models for different purposes. Which were the most curious ones?

I consider that there are mainly three groups of models: those meant for work or study, of rapid execution; those for exhibition or presentation, which can be conceptual objects with great rigor and good finishing; and those for real estate sales. The study ones are mainly to accompany and support the development of the project, such as the one we did at the Olive Oil Mill for Eng. Tiago Mendonça. Presentation, contests and exhibitions are the ones that connect us most to offices and architects. Interestingly, we have done many for architects who work with BETAR and, when we are invited to produce models for a competition, I am not even surprised when they tell me that the specialty projects are from BETAR. I could say that in 20 to 30 percent of the cases, this happens. We did the models of the Sky Center / ESCOM complex in Luanda, with a project by Fernando Bagulho e Risco; models of bridges for BETAR: the one on the Zambezi River, in Tete, and the one on the Guebuza bridge, which was given to the president himself. We have been working a lot for Angola, Mozambique, Saudi Arabia, Dubai, Qatar, Algeria, Brazil, Cape Verde. For Portugal, unfortunately, nowadays we have been working very little. As curiosities, we can mention some towers for Maputo with 75 floors, to be tested in the LNEC [Civil Engineer National Laboratory] wind tunnel, in order to test the resistance of the building and the coating materials. We made a model of the city of Lisbon, for consultation and urban study, which is in the CML. The one in Baía and Luanda’s island, more than 5 meters long, another in Recife; the castle of the Moors, in Sintra, which is a didactic model; another from the Hamburg Auditorium, for Experimenta Design, which got eight tons of cork. The Norigem studio works a little bit as a futurology of what is happening around the world, in miniature.

Is it an art that is able to survive in an increasingly technological world?

I am convinced that the representation of architecture in models will continue to be necessary and that new technologies are an asset. They are like the tools in this studio, the more there are, the better the end result will be. We use a lot of computer technology ourselves. When the representation of 3D images appeared, we were satisfied and realized that we were not coming to remove work from models: on the contrary, they complemented it. Unfortunately, not many people produce well-made models. At Norigem we are lucky to have a fantastic, well-formed and consolidated team. Models are one of our specialties, in addition to architecture, interiors and decoration, exhibitions and design. Fortunately, we are very well connected to the best offices and architects in Lisbon, and, of course, since always to BETAR.

You are also responsible technician at the company Nova Conservação. What have you been doing at that level?

Founded in 1994 by Paola Coghi and Nuno Proença, Nova Conservação, Lda. Is a reference company in the area of ​​conservation and restoration of Artistic-Cultural Heritage, with important works, such as the restoration of the cloister of the Jerónimos Monastery, the Torre de Belém, the Equestrian Statue of D. José at Praça do Comércio, in Lisbon, the Charola at Convento de Cristo, in Tomar, the Monastery of St. Clara-a-Velha, in Coimbra or the tile panels at São Bento Station, in Port. It is a job of enormous responsibility. All interventions are documented for future memory and in each of them a greater knowledge about the work being treated is acquired. Buildings and monuments need maintenance and conservation and, fortunately, there has been an awareness and investment in heritage, thanks mainly to tourism.

You are also a professor at Universidade Autónoma of Lisbon and part of the Association of Architects. How are these challenges going?

I was invited by João Santa-Rita, current president of the Association, to join the CDN [National Directive Council]. I got, among other responsibilities, the educational program, where one of the goals is to make known and bring architecture closer to the younger layers. It has been an interesting challenge and I hope it will show results in the medium / long term. The college is a project with prestigious architects. I felt very honored to have been invited to teach classes on construction systems, materials and models. As a result, and because I realized the students’ difficulties in producing models, we opened a cutting and engraving service in the studio for students of architecture, design and the arts in general. We try to make it almost a model school: we advise, we suggest materials and scales, they prepare the work, we record and cut, and they assemble. So they are more dedicated to the project and do not waste time cutting cardboard and their fingers. It has given great results from side to side and students from all colleges come here. The concern is to serve them well, learn from them, always, and make ourselves known as a model studio to future artists, designers and architects in this country.

This interview is part of the Artes & Letras Magazine # 53, May 2014
Partially automatic translation from portuguese: some expressions may differ from their actual meaning. 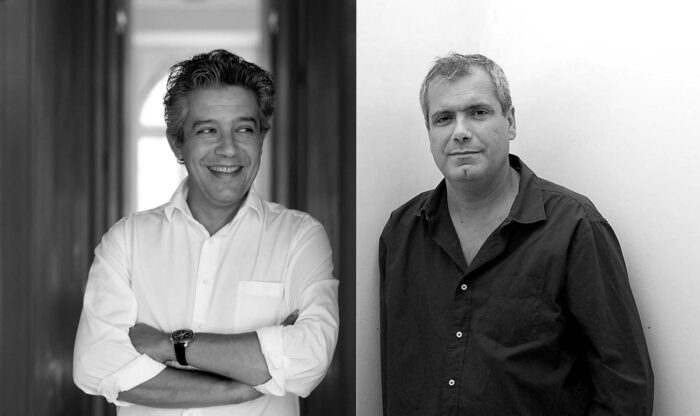 ‘There is architectural work to do in the country and people need it, what doesn’t exist is money. We identify the problems and apply to resolve them.’ Read more 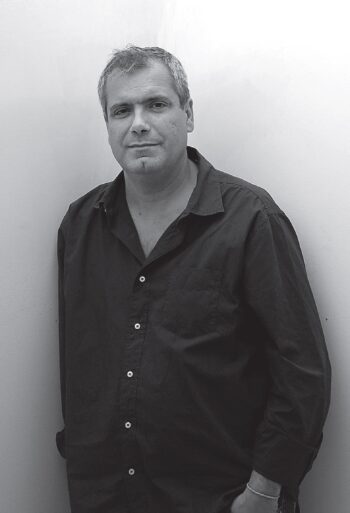 ‘The client doesn’t draw with us, but we draw with his ambition, translating his individuality, and that takes us away from the banality of the answer’ Read more