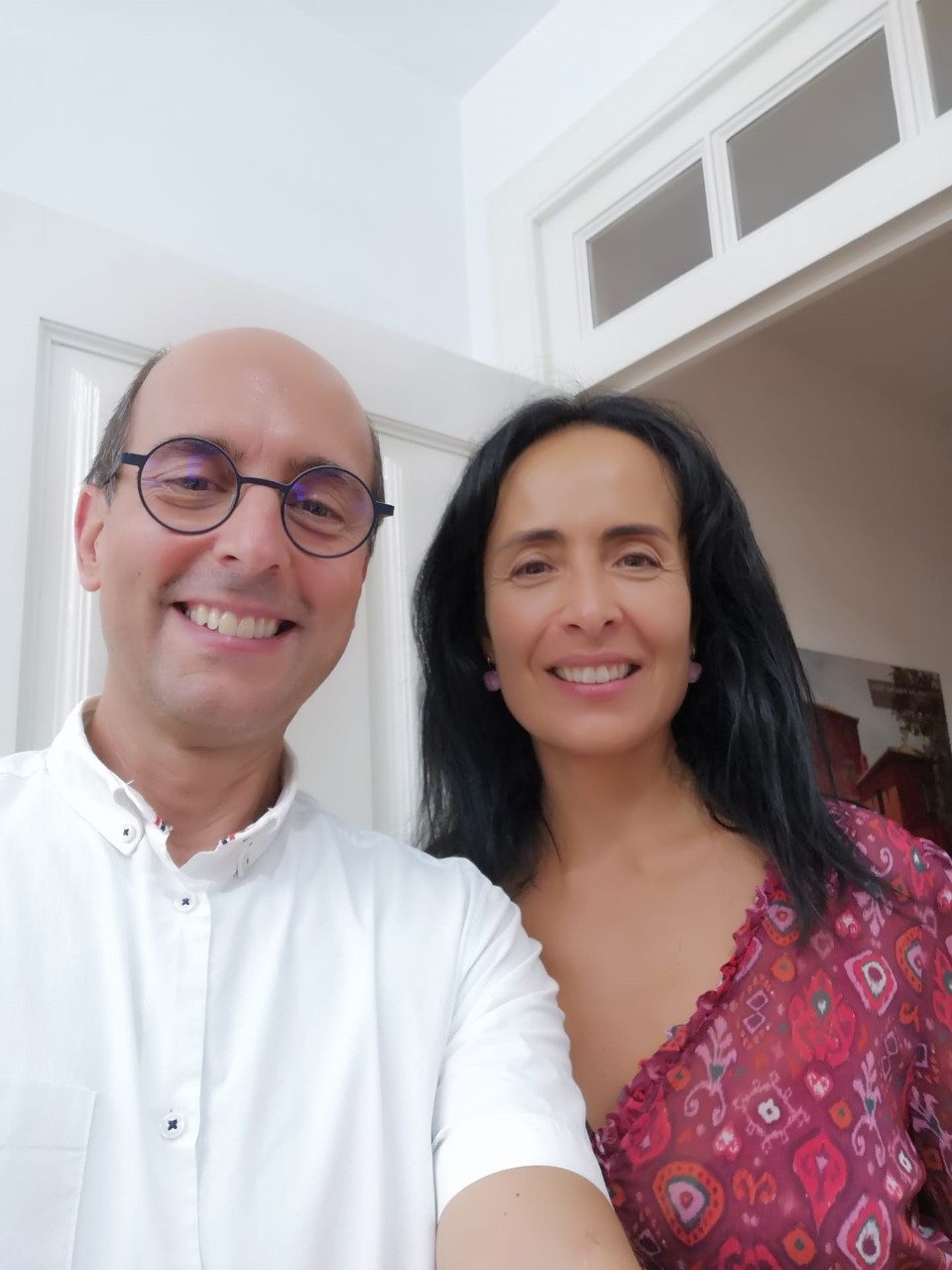 ‘Inventiveness has become our best tool and has given excellent results.’

How did MSB Arquitectos come about?

We formed the studio in a year when there was a great demand for architects. Two of us had worked together in previous years and, in a moment of opportunity, we regrouped as a team. But, as necessity required more than just two architects, we looked for a third element and found the most suitable complement. We formed a tripartite society. For some years, the team remained just with three partners. It started to increase when we felt the need for greater projection and an increase in the response capacity. There are currently five of us. The selection of each new element always starts from the principle of complementarity. Each should represent an asset and not just a factor of replication.

The architect Paulo Mendes da Rocha stated that “geography is the first architecture”. The bulk of your activity is in Madeira, what are the biggest challenges you face in the territory?

No doubt. Madeira’s territory has a very dramatic character regarding its orography. It is always very challenging to design on such peculiar geography. Every intervention is, from the start, conditioned by the terrain’s morphology in which it is inserted. Gathering the ideal conditions of sun exposure, orientation, views, and accessibility is rare, since it is very often for the implantation to have limitations. The path goes through markedly inventive solutions that, instead of molding the terrain to the ideal condition, create architectures that follow the morphology rather than transform it. In addition to Paulo Mendes da Rocha’s statement, we can also say that difficult terrains make interesting projects and unique works.

Do you feel a great responsibility towards the region, knowing that architecture in Madeira has an important role in the tourism economy?

The sense of responsibility is always present as long as the way of acting involves unconditional dedication to the values ​​surrounding the building. Unfortunately, the Madeira archipelago is full of buildings that do not represent this sense of respect and understanding of the area values. It looks like a “blindness state” as reached the area, making the unbuilt spaces the only ones worthy. It is sad and very bad for a region that wants to channel a large part of its economy to the profit that it can extract from its territory. Therefore, our accountability becomes increased since it transforms us into agents that create good examples for the orientation and renewal of mentalities.

How has the MSB responded to the current unfavorable situation?

Like most architects, we feel the impact of low demand, particularly in Madeira. There are few private initiatives and public works are rare. The solution was to move to other fields of work. It was necessary to leave our comfort zone. Inventiveness has become our best tool for creating alternatives and has given excellent results. One of the studios’ added value is having a multidisciplinary team. This multidisciplinarity provides us with a broader capacity for acquiring work and makes it more complete and coherent as a final product. Altogether we have architects specializing in architecture, urbanism, urban reconversion, interiors, etc. In the last few years we have developed research works, creating several partnerships with companies and institutions. The biggest investment was directed in the creation of a low-cost, high-speed and high-quality construction system. This project was the subject of a considerable financial incentive that allowed us to develop studies over two years, consolidating our team and forming new work teams for new research projects and new investments.

What does BMM – Bloco Multimodular consist of, which MSB founded with BETAR and other partners?

BMM – Bloco Multimodular is a company created with the purpose of developing an alternative constructive system, in height, in a modular way, produced with enormous time savings and at very low market prices. This company is the result of a partnership between MSB and BETAR, which was created more than 2 years ago to fulfill an application, promoted by the Instituto de Desenvolvimento Empresarial da Região Autónoma da Madeira [Institute of Business Development of the Autonomous Region of Madeira], and which was approved with high rating. It was a huge investment, financially, in dedication, hours of work and individual and collective effort. With our research partners – Instituto Superior Técnico, through ICIST – Instituto de Engenharia de Estruturas, Território e Construção [Institute of Structural Engineering, Territory and Construction] and FUNDEC (Association for Training and Development in Civil Engineering and Architecture), as well as LREC (Regional Laboratory of Civil Engineering of Madeira) and the WHS (World Housing System) – it was possible to create, develop and validate the system. We already have the first prototype of a two-story house, built, and a five-story building, which is being finalized. The results are surprising and we are already working on marketing the BMM product.

Are there any projects that have made you particularly proud?

Almost all the projects we carry out are a source of pride for our team, whether or not they have been built. They always require a lot of investment. However, there is one that we are particularly proud of, which is the remodeling of the Calheta Butter Factory. It is a project that was widely advertised and contributed a lot to the recognition of the studio and to the consolidation of the MSB brand. The project was nominated by Arch Daily at the 2010 Building of the Year Awards, and was ranked in the top 5 in the Remodeling category. As a result, we won the Architecture Award for the Best Remodeling Project, awarded by Construir magazine, in 2011. These awards ended up being widely publicized in the media in Madeira and Continental Portugal, originating countless interviews. We have completed 11 years of existence. The balance of these years is very positive. We are pleased to have managed to maintain an ever increasing and improved activity, in all aspects that imply teamwork, even in times of great adversity. We have consolidated our individual and group skills, become more demanding, and gained intolerance for free acts. We have refined our responsibility and came to embrace divergent opinions. We have become better.

This interview is part of the Artes & Letras Magazine # 61, February 2015
Partially automatic translation from portuguese: some expressions may differ from their actual meaning. 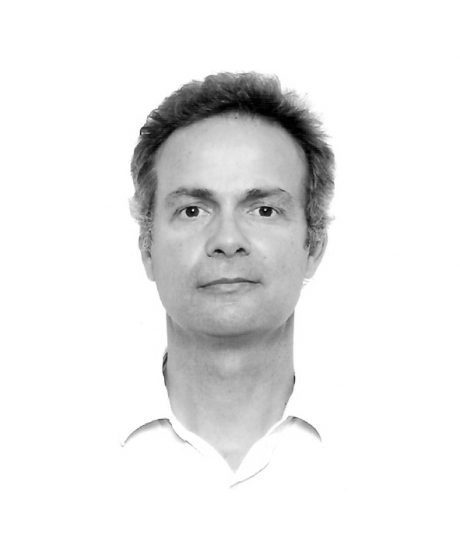 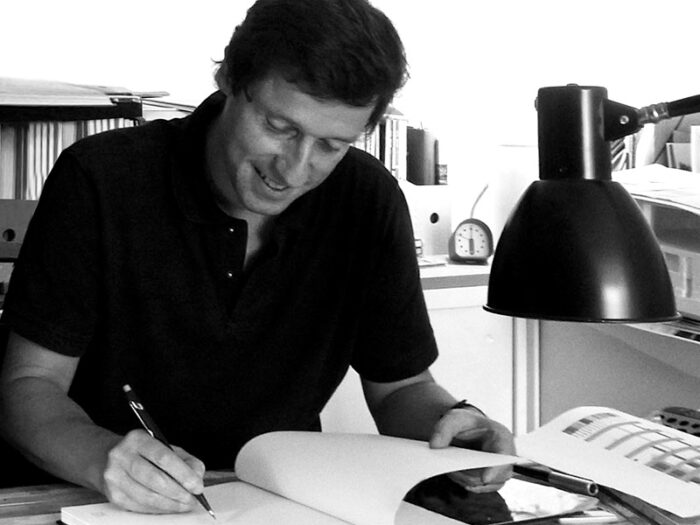 ‘An architect is, par excellence, a non-specialist, has a global vision, coordinates various knowledges, both draws a handle as is able to plan parts of a city.‘ Read more 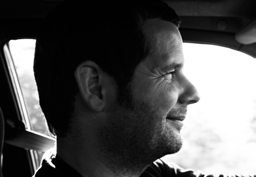 A conversation with Arch. João Góis

'I always try to reflect, in the projects, the personality of their owners. Manage customers' anxieties and choices. There is no better satisfaction for an architect that people live their homes to the full. ’ Read more