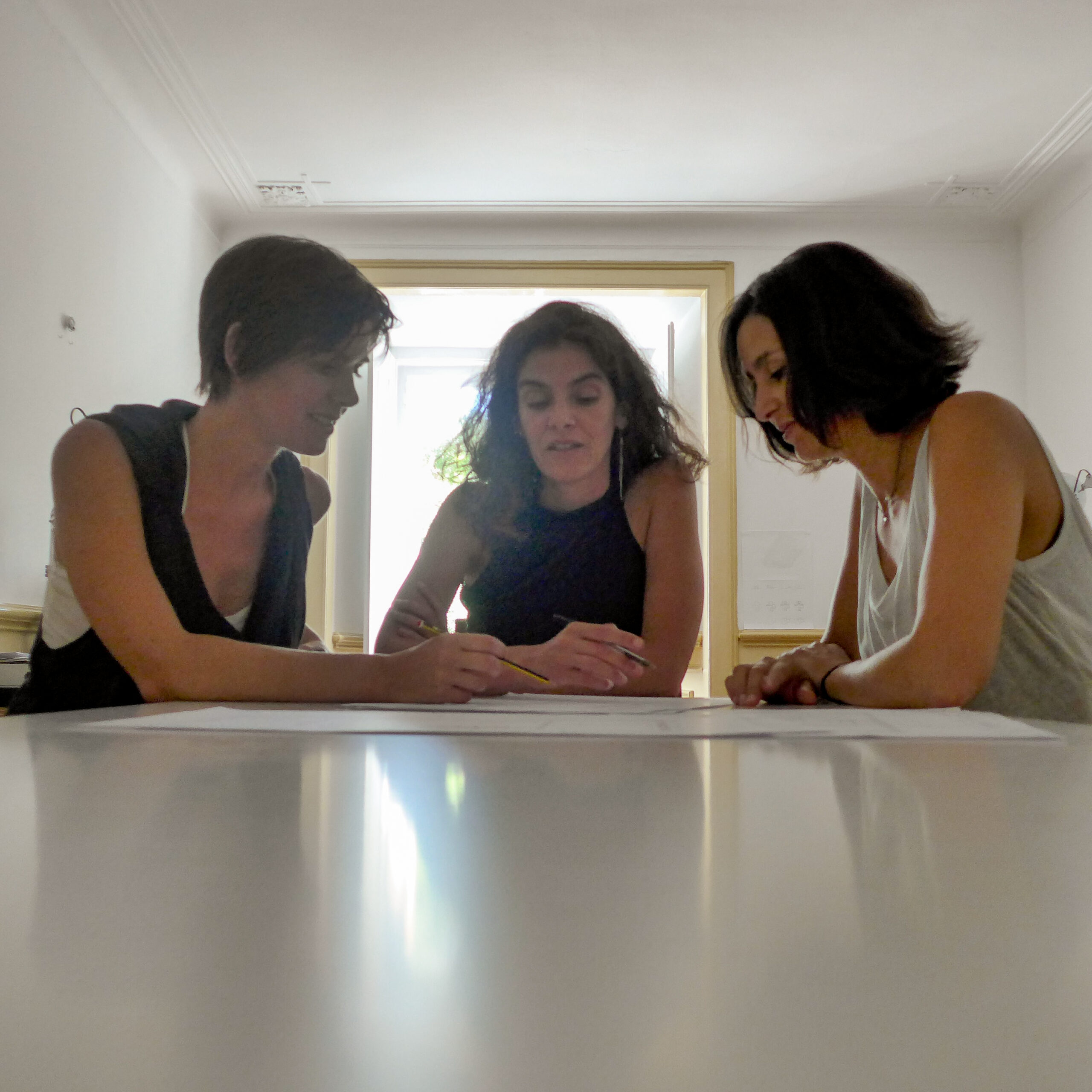 'A Spanish intern said that at universities in Spain, the two countries that are “case studies” on how to build are Switzerland and Portugal. This is admirable when conditions are so different. ’

You have have been working together since 2000. In 2007 you’ve founded a studio. How did SIA arquitectura come about?

Sofia – We met at the arch. Alberto Oliveira’s studio, where we started working together. Then I stayed at Atelier Souza Oliveira, Inês went to work for Atelier Aires Mateus, where she remains; Ana started to dedicate herself to SIA exclusively. The ateliers where we’ve worked are large ateliers, with lengthy projects. Often ten years pass between the start of a project and seeing the work completed, and in those ten years there are things that we no longer agree to, there are things that get lost along the way, and it brings a certain frustration. The idea of ​​being able to control a process from acquisition to materialization was the basis of SIA.

Ana – We had been working, heart and soul, on the project for the Central Library and Municipal Archive of Lisbon, by the arch. Alberto Oliveira with arch. Manuel Aires Mateus, but then the project “froze”. We had grown a lot as architects but we were disappointed. At that time, we decided to form SIA to look for processes that were more compressed in time, in a model in which we were simultaneously promoters, designers and project managers.

Inês – This, coupled with a belief in rehabilitation, which at the time was not as much as it is now, made us decide to set up a project, even before setting up a studio. We decided to be the clients: we chose a house – we went looking, we asked the conservatories who owned it – we rehabilitated it – at the beginning we saved one day in our week to dedicate ourselves to this project – and we sold it – now there lives one family, which adopted the project as we had imagined it, has hardly changed anything. In the meantime, we found another, larger building that also enchanted us and we are currently coordinating its recovery work.

Tell us a little about how you view architecture at SIA.

Ana – SIA is a group of architects. We do projects for clients who come to us, and we alternate this with our own projects. Each has a letter but we work together, we do not respond individually. We make partnerships, which work very well; we collaborate with colleagues when they need to close a project; we made a scenario for a play at Teatro do Bairro, which was very rewarding; and we do, above all, rehabilitation. People come to us mainly for this. Our working method is very natural: each one coordinates a project, but all intervene. We start by thinking each one for herself and then we discuss our ideas, concerns and doubts. There is often consensus, but in the event of a tie between two ideas, the third is the tiebreaker. Democracy always prevails. And when we have different opinions, we already know that we will like the final result much more than the ideas of each one separately. That means many times each one has an idea, but the combination of the three works better. One of the problems is that the things we like to do the most, and the things we like the least, are common. None can escape what she likes to do less … We have to share.

Inês – We try to work in a very synthetic way, the projects always have a forecast, we adjust the projects to the time we have, we know how to work with the scarcity of resources, we don’t digress. We investigate all solutions in a systematic way, without dispersing, we discuss them together, we choose what will be decisive for the project and we try to organize everything else according to that. When we take on projects, there is an election of what we can work on, we do a reflection, among the three, and then we pursue that.

Sofia – A curious thing is the fact that we have small clients who would not hire an architect at the outset and who come to us because they are looking for a little added value in the project, and intuit that we can give them that. Sometimes a versatility that they had not thought, an idea is enough. Small recoveries, small investments, that make a difference.

When we talk about the development of Portuguese architecture into the future, how do you see the internal and external image and prestige?

Sofia – Portugal has extraordinary architects, we have two Pritzkers, and we live daily with remarkable projects, there is a poetic way of thinking about spaces and places that is proper to our context. We have immense colleagues emigrating to countries where “image” architecture is made, and rehabilitation can be a form of resistance, of passing on this tradition of how to build, how to think of space from its essential characteristics. In this moment of crisis, rehabilitation can be a way to preserve the tradition of Portuguese architecture. Fortunately, rehabilitation work is being done in Lisbon, in terms of buildings and public space. As an example we have the operation of the Intendente that was very effective and with a visible result. The actions are amplified, when the spaces are taken care of, people themselves respect them more.

Inês – A Spanish intern asked me a few days ago, why do we build so well in Portugal. He told me that in Spain, at the university, the two countries that are “case studies” on how to build are Switzerland and Portugal. This is admirable, especially when the working conditions and resources of these two countries are so different.

What kind of strategies do you use to expand your space in the business area?

Ana – People come to us through our circle of knowledge, people who already know our work and trust us. We don’t do a lot of publicity about our projects, until very recently, we were not aware of the number of websites that publicize our architecture… Basically, they know us through work and not through publicity, it’s something closer to everyday life and less to media coverage, not least because we don’t know how to do that. Sometimes it is the builders themselves who recommend us, other times it is people we have worked with who indicate our name.

And in relation to the future of the studio, what challenges are on the table?

Inês – In relation to our initial project, there was a “gap”: we sold the first house, and we were going to reinvest in these types of projects, but we had other orders and started to make architectural projects, for customers, in the form of an order that is more usual. We have some projects underway, all of which are rehabilitations: a building in Rua do Arsenal, a single family house in Ajuda, a house in Porto de Mós, a warehouse near Convento do Carmo. And at this moment we have made a small investment again and we are recovering a “mansard”, ours, perched on the river, to later live or sell.

This interview is part of the Artes & Letras Magazine # 57, October 2014
Partially automatic translation from portuguese: some expressions may differ from their actual meaning. 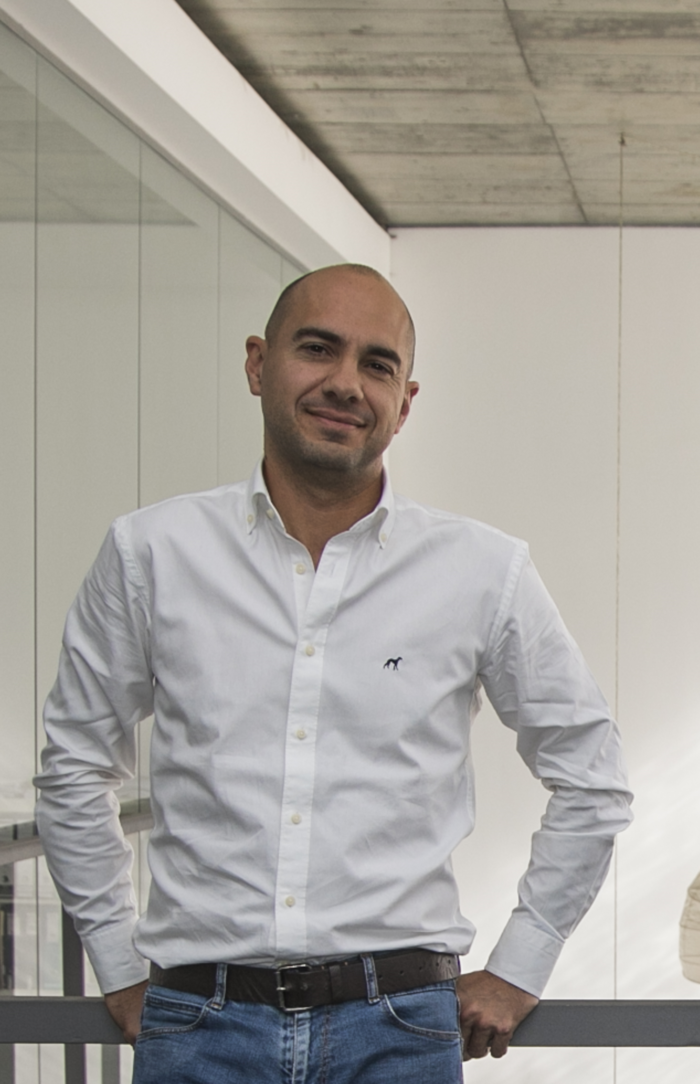 A conversation with Arch. João Pedras

‘The challenge [is] to improve the urban environment, creating more environmentally sustainable spaces and bringing better quality of life, so that the urban "jungle" can be a pleasant place to live. ’ Read more 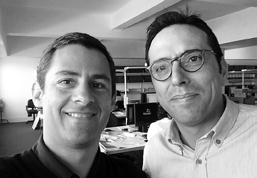 A conversation with Arch. Tomás Salgado and Arch. Nuno Lourenço

'In most of the projects we do, it is difficult to say, in the end, who was the author. Everyone collaborates' Read more 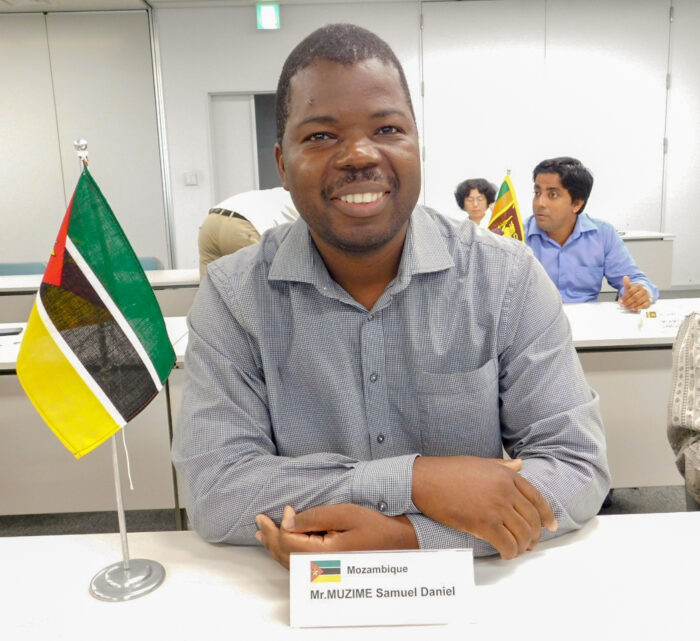 'The main challenges of CFM are: to be a regional reference in cargo transport at a competitive price and with safety, having infrastructures with continuous modernization and well-trained and motivated personnel' Read more