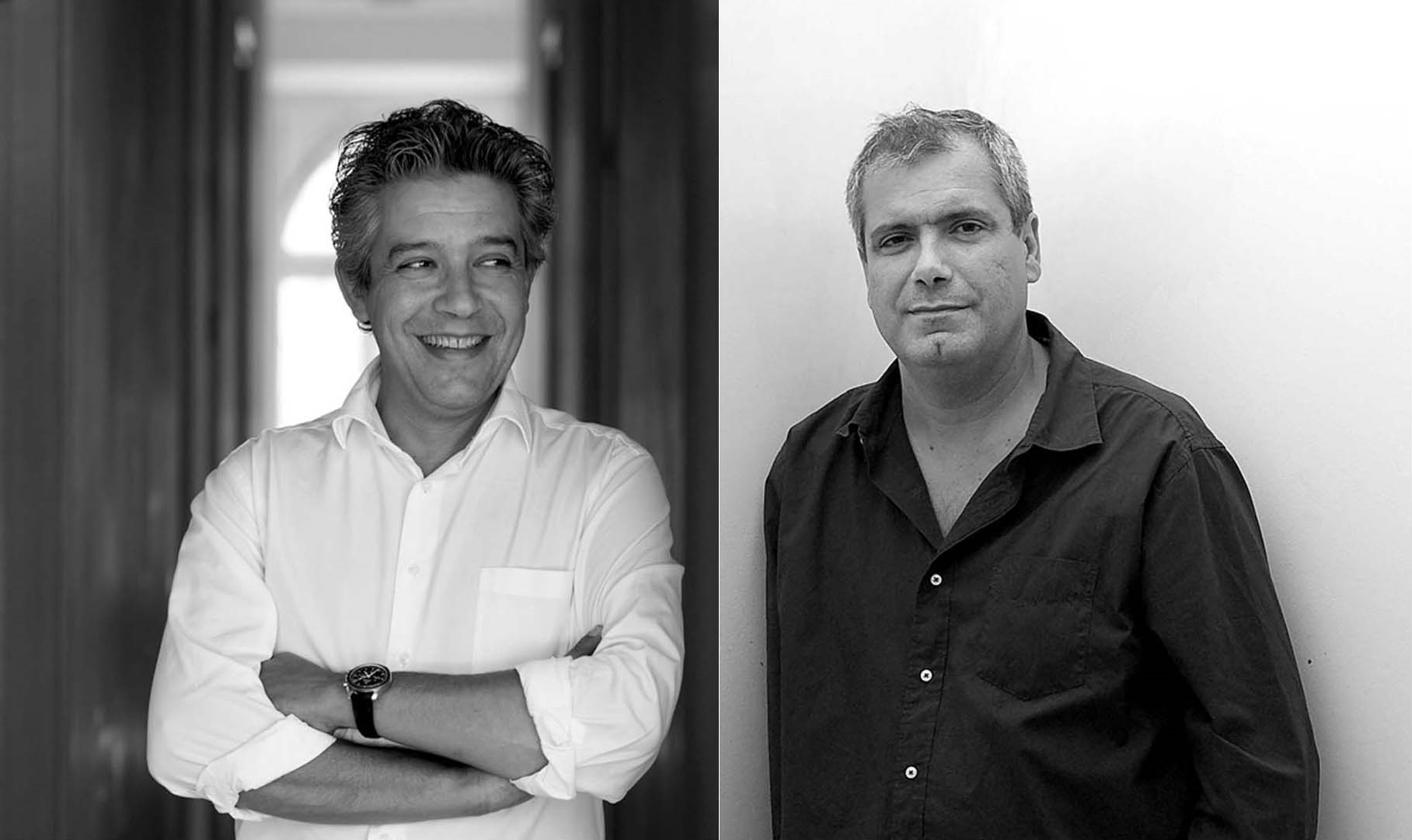 'The great advantage with brothers is the total lack of ceremony, which makes us have violent discussions and resolve everything very quickly.'

Both Mateus brothers became architects, both worked with Gonçalo Byrne, founded a studio and teach together. Is your partnership perfect?

I started working with Gonçalo Byrne when I was 15 years old. And it was only very late that we left his studio, to which we owe a lot. He was our great teacher. My partnership with my brother is not perfect, it works, it is possible. The great advantage with brothers, which can also be a disadvantage, is the total lack of ceremony, which makes us have very violent discussions, but we managed to discuss everything. This is sometimes good, we just say what we think, it has worked. It has this very clear basis, things are very fast with us, we have very strong discussions and we manage to resolve everything very quickly.

Are really two heads better than one?

Two people have much more courage than one. It is the greatest advantage. This is a job of courage and resistance, and two people have more resistance than one. For example, this thing of teaching abroad would be much more difficult if we were alone. Between the two it’s much easier. And also because people aren’t always with the same capacity and in the same shape, so this thing of being able to share and support is good. Two people become more active.

What characteristics, from each one of you, are most used in your teamwork?

We had things that each one did on a more evident way, for example, my brother was more connected to practical aspects of the construction process and I was more into conferences. I don’t know why, but we distribute things like this. What happened, and the fact of working in different physical spaces helped a lot, is that today we are much more alike, which is very positive. More and more, the two of us do the same thing, without major differences, which allows us a different use of time, using our relationship, basically, just to discuss. My brother has projects that I don’t interfere in and vice-versa, and we have some that we do together. This, on administrative point of view because, in fact, on the practical point of view, we make things together, even projects that are not common. Research, which is what interests us, is almost always joint and shared.

Do you feel  your architecture has its own identity, and that your work is immediately recognized?

Manuel said, in an interview, that “they live in terror with the idea of ​​being exhausted”. Is it increasingly difficult to be creative, after all you’ve done?

When we finish the projects, we recognize an intentionality in them and we think that we will not be able to do any more projects. There is the fear that we will no longer be creative. Sometimes we take projects that have part of things that we have already explored and we feel that they are fragile. The strongest ones are those that have unique aspects, which are thought from the root. Sometimes we are terrified of not being able anymore, of having no ideas. What torments me, and what will happen one day, is that we are no longer able to face a project in a new and strong way. It is something that happens to architects and to all creators. There are those exceptions of great geniuses, but those are few. We want to be able to take risks. On the day that we are unable to take risks, we have no chance of getting the project right, because we have to do things we already know. We live in a struggle for the freedom of being able to take risks, to be creative. That’s where the projects are really interesting. And the possibility of being exhausted is a clear fear, every day.

There are criticisms about the habitability of your homes. What is it that you don’t admit being told about your work?

The only thing that matters to me, when we are criticized, is to understand the effort that is involved. From here, the criticisms are interesting and positive, often helping us. I remember someone saying, in an exhibition that we did at the CCB, that the house in Azeitão, the one with the suspended cubes, would be crazy to build. He didn’t realize he was talking about a built house. What happens in this house, which I often visit because I am a friend of the owner, is that it is very easy to live in. People sleep in beds, sit in chairs … Things are relatively trivial and our houses are designed for that degree of banality that life has. Having houses with strong spatialities has a positive interference in the way of living. One of the characteristics that we have in our homes is exactly that easiness and that pleasure about the way we inhabit. We live a lot around that. Our architecture centers the project on the idea of ​​use, on the person’s relationship with the space. So the criticisms around habitability are, somewhat, unacquainted.

This interview is part of the Artes & Letras Magazine # 24, October 2011
Partially automatic translation from portuguese: some expressions may differ from their actual meaning. 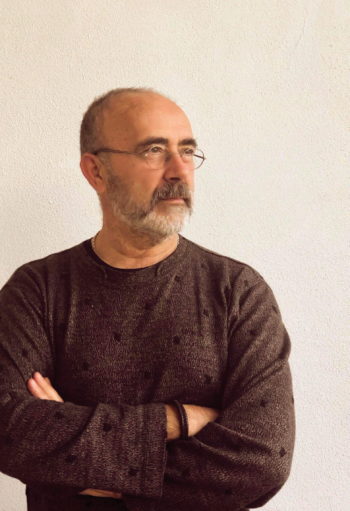 A conversation with Arch. Alberto Caetano

‘One of the most important things for an architect is […] to get a sense of the history of architecture, because if there is Corbusier, Mies and Siza, it is because there were Miguel Ângelo, Bramante and Borromini’ Read more 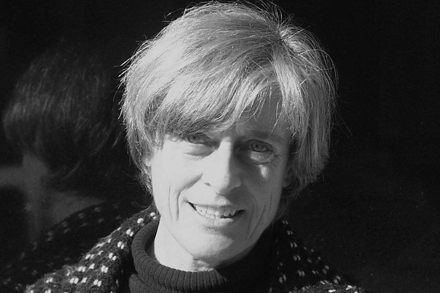 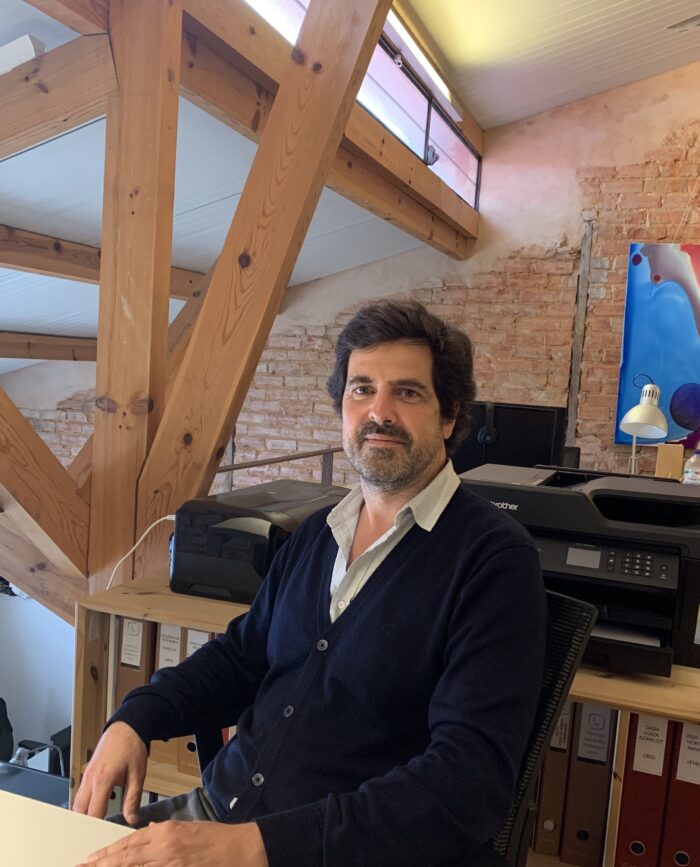 'I believe that an architect should assume himself as an aggregating factor and at the same time conciliatory, in a team that is always composed of many people and entities.' Read more